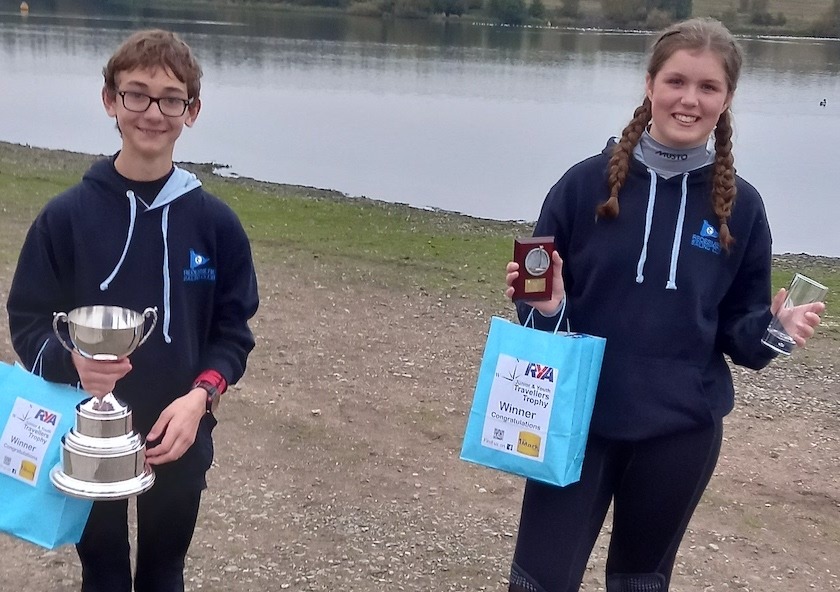 After their first year competing around the North West in the RYAs North West Junior & Youth Travellers series, Team Redesmere's juniors secured well-deserved 1st Overall and 1st Girl in the U14 classification. The RYA NWJYT is a series of eight events at clubs in the North West for young sailors in any class of boat and, in a close fought season, it came down to results in the final event, which was held at Leigh & Lowton SC on 16th October.

Congratulations to both Thomas and Poppy from all at Redesmere - this year has laid the foundations for them to follow in the footsteps of fellow Redesmere sailors who also first started their sailing campaigns in the NWJYT, including

If you are not a Member of the Club, but want to know a little more about us and/or how anyone can enjoy the sport of sailing, whatever their skill, aspiration or budget, try our Club Page for an overview (or even how to Join Us) or feel free to Contact Us.