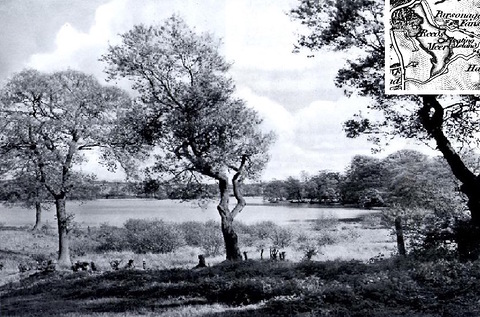 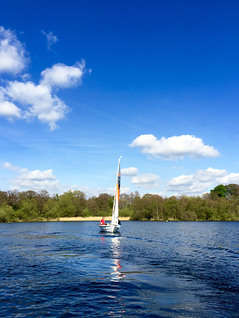 Towards the end of 1956, during tea break, a small group of Post Office Engineers were listening to one of them describing the joys of dinghy racing. One of the engineers suggested, quite possibly as a joke, why don't we start a club of our own? The first hurdle was to find some water, which involved considering all patches of blue on the Ordnance Survey map. Redesmere seemed a possibility but was on the Capesthorne Estate; thankfully, Sir Walter Bromley-Davenport was willing to negotiate a lease.

The first visit to the site was on a cold and blustery day and it appeared to be a very muddy field full of cows. The first minuted meeting was 18th March 1957 at Telephone House in Salford, the Club was named Redesmere Sailing Club and a Committee was formed. The Club had been established, however it had no boats, little money and no more than one or two who knew that a sheet was actually a piece of rope. The Club had one member who could sail and actually owned a GP14, so everyone shared and took it in turns helming and crewing.

Toilets had to be a priority, the Club acquired a couple of workman's huts that were used as changing rooms and had a toilet on each end; the OD's first job was to empty the Elsons and recharge them.

Boat berths were built and tons of stone was used to build up the bank up to the waters edge. The next project was a Clubhouse, which has been extended over the years, followed by electricity, water, drainage and a bar license.

Rescue was always a problem, at first a rowing boat was used, which was nice on a calm day, but on a windy day it was approximately a 3 hour wait for rescue. 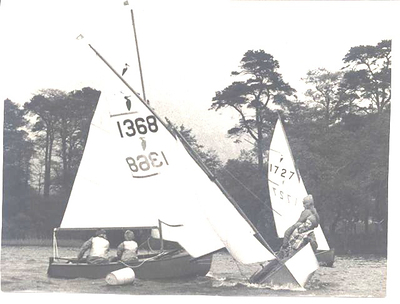 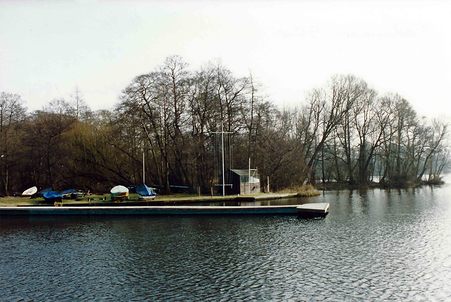 From these humble beginnings, the Club grew from strength to strength through the 1970s and into the 1980s with a strong family ethos and with large fleets, particularly of two handed boats, participating in keen racing. Further additions to the clubhouse extended it to its current footprint and additional berthing for singlehanded boats was created.

In addition to the more normal sailing and social activities, the Club also played host to other events such as Concrete Canoe Championships and the filming of scenes for at least one movie!

Through the 1980s the Club also saw a steady increase in singlehanded sailing as societal changes led to a gradual move away from two handed boats and general family sailing. To combat the consequent decrease in Club membership, in the mid-1990's the Club began a process of actively refocusing on widening its appeal to families and sailors of all abilities - an ongoing process which is still continuing today.

As part of this transition, Redesmere became an RYA accredited Training Centre and was one of the first sailing clubs in the NW to link such formal training with a programme of informal supported sailing sessions, 'Social Sailing.' To support this, a programme to provide Club Boats for use by those Members who did not have their own boat was introduced. Investment in facilities for sailors of all ages and abilities continued steadily and by 2015 the Club Boat fleet was some 40 boats strong, a range of powerboats were available for Safety Cover and Training and the Club was accredited by RYA Sailability. The results of these programmes were impressive,

The encouragement and support of Juniors (and their families) was a priority and the strength of the Junior fleet in the early 2000's was exceptional, leading to many Redesmere sailors progressing to Regional, National and International training and competition and to a record entry of over 80 boats in one junior/youth Open event at Redesmere. It was during this time that a young Ben Ainslie (soon to be a multi-Olympic champion and then a driving force behind Britain's America's Cup campaigns) took his first sailing steps at Redesmere, and that Elliot Hanson became the first youth sailor to simultaneously hold the Topper World, National and Inland Championship titles. 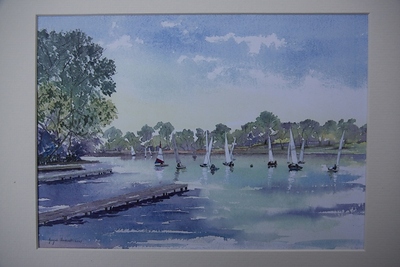 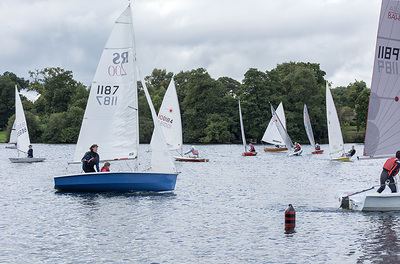 With concerns growing from 2000 onwards about silting of the lake and the generally increasing tree cover around the lake, the Club began to consider relocation to another water. This potential for an imminent move to better water inhibited further development of the Redesmere site pending a firm decision, but after several years of uncertainty, in 2014, the Club concluded that it should stay at Redesmere and would invest in significant improvements to both the lake and ashore.

Major work was undertaken to desilt part of the lake and to extend the Club foreshore facilities, coupled with enhancements to the Clubhouse and its immediate surroundings and access. Berthing, launching and carparking were all improved and a programme of tree thinning agreed with the landlord and started. Further work is planned as part of a rolling strategic plan for the Club. 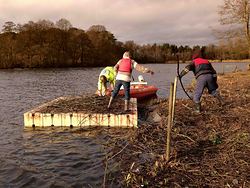 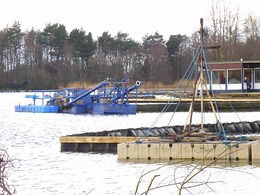 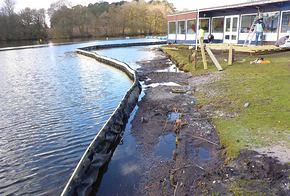 In 2016, Redesmere was named as 'Club of the Year' by the RYA. In choosing the Redesmere, the RYA highlighted Club's vibrant membership, broad range of sailing and development opportunities, track-record of improving both sailing participation and the Club's commitment to its ongoing development programme.

2017 saw the Club celebrate its Diamond Jubilee in style. A series of events were held to celebrate the past, present and future of the Club, topped off on 25th July by a visit fro HRH The Princess Royal, President of the RYA. During an extended time at the Club, HRH Princess Anne joined sailors out on the water, met a wide a variety of Club Members and former Commodores, presented a range of RYA Training Certificates and made a short speech praising the Club and particularly highlighting its inclusivity and its leadership in showing other Club's what can be achieved to develop sailing at all levels. 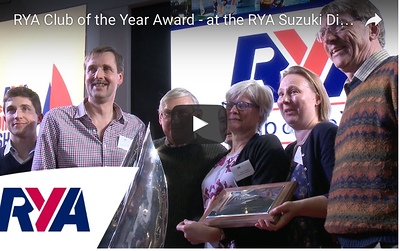 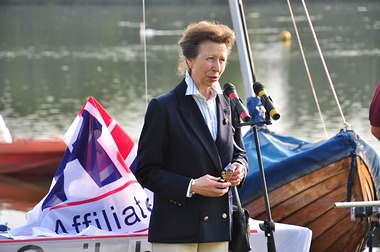 Quite what the Club's original founders would have made of such accolades we will never know, but from those humble beginnings the Club continues to thrive and grow. Many thanks to the Founders of the Club.

Most recently (2018/19), the Club has continued to recognise the changing needs of its Members, with an increased focus on provision of high-quality Club Boats, for those Members who cannot commit to ownership and maintenance of their own boat, investing significantly in a new fleet of 8 modern double-handed and single-handed dinghies, plus a small number of Stand Up Paddelboards. These continued to be provided on the Club's established 'free-to-use' model and saw Membership numbers and participation continue to rise to new record levels.